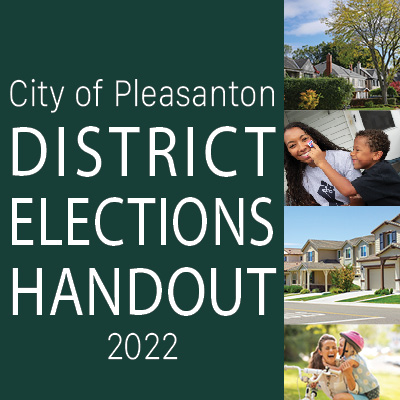 What is the Difference Between District Elections and Our Current System?

Why Is This Happening?

The City received a letter on August 5, 2021, from attorney Kevin Shenkman asserting that the City’s at-large electoral system violates the California Voting Rights Act of 2001(“CVRA”). Mr. Shenkman's letter claims that polarized voting may be occurring in the City and threatened litigation absent the City's voluntary conversion to district-based elections for Councilmembers.

What Are "Communities of Interest"?

Who Creates The District Maps?

A professional demographer will be used by the City to create proposed district boundaries. The demographer will ensure that the proposed maps comply with CVRA requirements as well as consider the feedback received from the community during the public hearing process.

How Can I Participate?

The process to establish districts will begin in early 2022 and will incorporate community informational and outreach meetings, online tools to evaluate draft district map options, and public comment to the City Council as to how the districts should be established.

Please direct questions and comments to the City Clerk's Office: