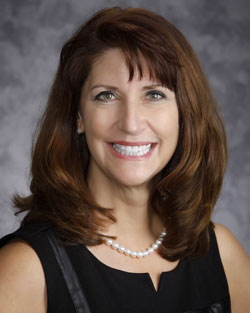 Mayor Brown brings a wealth of professional and community involvement to her position including her leadership of “Save Pleasanton's Hills and Housing Cap” ballot Measure PP, which passed in November 2008. In addition, she served as co-chair of the successful ballot Referendum Measure D to block a ridge-top housing project called “Oak Grove” in June 2010. Prior to that, in 2000 Brown and 5 neighbors contestedPacific Gas and Electric’s plans to install an experimental powerline within her neighborhood; after working with their homeowners’ association and the City, the powerline was relocated, and the court directed reimbursement of most of the residents’ legal expenses.

Mayor Brown has worked as an Associate Broker/Real Estate Agent since 2002, earned a Graduate Real Estate Institute (GRI) Designation and Certified Residential Specialist (CRS) Designation in 2005, and has held a Real Estate Broker’s license since 2007. Additionally, she has held many leadership roles in that industry including office manager for Hometown GMAC, and later serving as the President of the local chapter of the Women’s Council of Realtors (WCR) in 2010. Prior to her tenure in real estate, she spent ten years as a Global Account Manager for a semiconductor equipmentmanufacturing firm in Silicon Valley. Brown has a Bachelor of Science degree in Business and Marketing from San Jose State University.

Mayor Brown has lived in Pleasanton for 28 years during which she has supported many organizations. She has volunteered with RAGE youth soccer as a coach, the Tri-Valley Conservancy, Hively, Valley Humane Society, and she has held positions as a Gifted and Talented Education (GATE) Liaison and School Site Council for Pleasanton schools. When not working, she enjoys playing tennis, walking, hiking, bicycling, andspending time with her family.