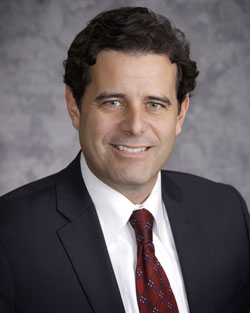 A native of Alameda County, Nelson was born in Oakland and spent his formative years growing up in San Leandro. He earned a Bachelor of Arts degree in Political Science-Economics and a Masters degree in Public Administration with an emphasis in Public Finance from California State East Bay.

Nelson moved to Pleasanton in 1996 when he accepted a position as Deputy City Manager for the city. He came to this city after being promoted throughout his career in local government, working in Hayward, San Dimas, and Campbell prior to Pleasanton.

After a nationwide search, the Pleasanton City Council selected Nelson to be the City Manager in October 2004, making him the state’s youngest City Manager, at the time, of a full service City.

Throughout his career in local government Nelson has been active in, and held leadership roles with, organizations that support and further the role of municipal managers, including MMANC, MMASC, League of California Cities and ICMA. Nelson is known for creative problem solving and innovative thinking, and his dedication to solving organizational and communitywide issues.

Nelson and his family live in Pleasanton, and participate in many sports, education and community activities.